Robert Wagner's New Book: I Loved Her in the Movies: Memories of Hollywood's Legendary Actresses

Known for his movie roles and his work on the TV series Hart to Hart, Robert Wagner has a new book out called I Loved Her in the Movies: Memories of Hollywood's Legendary Actresses

Robert Wagner on "The Talk" Today

Order Hart to Hart: Seasons 3 and 4 on DVD 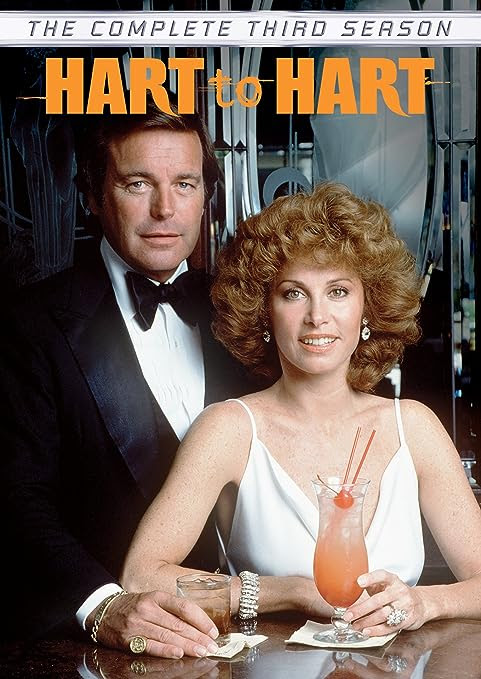 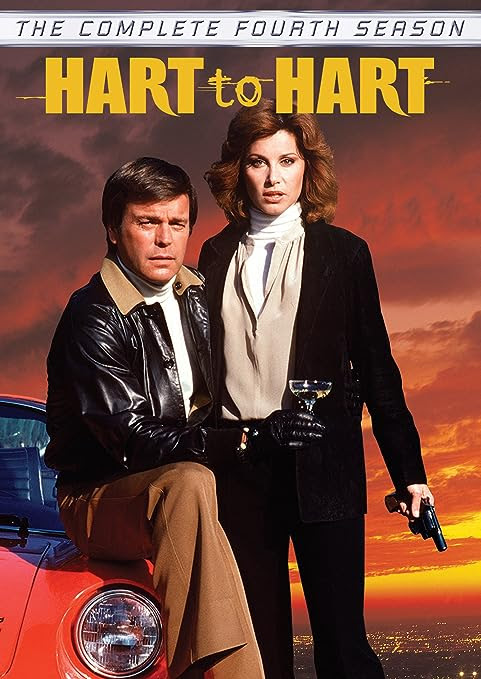 Posted by Meredy at 9:15 PM No comments:

A magical holiday escape awaits as Tiffani Thiessen, Josh Hopkins, Bailee Madison, Max Charles, and Candice Glover star in the first full-length, two-hour original holiday movie that the Hallmark Channel and Hallmark Cards, Inc. have created together. North Pole is a holiday adventure never seen before on the network that will employ state-of-the-art CGI technology taking viewers right into the magical world of Santa's wonderfully enchanting hometown. North Pole is part of the network's annual "Countdown to Christmas," the #1 most treasured holiday destination by television viewers.

"We are enthusiastic and incredibly proud to work with Hollywood royalty Robert Wagner and Jill St. John on this very special project that will surely become a timeless holiday classic," said Michelle Vicary, Executive Vice President, Programming for the Hallmark Channel and Hallmark Movie Channel. "Robert Wagner and Jill St. John capture the essence of North Pole beautifully as Mr. and Mrs. Claus with their spirit, grace, humor and undeniable chemistry."

North Pole, the magical home to Santa and Mrs. Claus (Wagner and St. John), has grown into a huge city powered by the magic of holiday happiness around the world. Yet as people everywhere get too busy to enjoy festive time together, the city is in trouble. Who can help save the cherished traditions of Christmas? One young boy, Kevin (Charles), might have a chance if he can convince his protective mom, Chelsea (Thiessen), to rediscover the magic of the season. With a little added help from Kevin's charming teacher Ryan (Hopkins), a mysterious elf-like girl Clementine (Madison) and a gospel singer named Josephine (Glover), Kevin is determined to bring his mom in on the fun and prove that one small voice can change the hearts of many.
Posted by Meredy at 4:14 PM No comments:

New Book by Robert Wagner - You Must Remember This: Life and Style in Hollywood's Golden Age

You Must Remember This: Life and Style in Hollywood's Golden Age
Robert Wagner and Scott Eyman

Posted by Meredy at 2:05 PM No comments:

Associates for Breast and Prostate Cancer Studies hosted its 24th gala "Talk of the Town" at The Beverly Hilton. The event raised funds for breast and prostate cancer research at John Wayne Cancer Institute (JWCI) in St. John's Health Center.

The Associates for Breast and Prostate Cancer Studies was formed 24 years ago and has raised more than $14 million for cancer research at JWCI.
Posted by Meredy at 11:10 PM No comments: 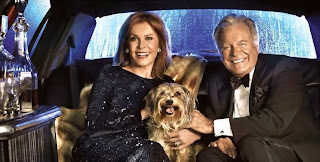 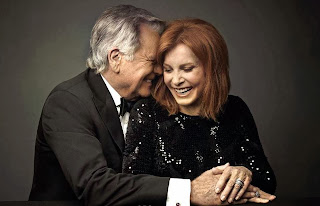 Posted by Meredy at 8:39 PM No comments:

‘Hart to Hart’ Cast Reunites, Thanks to Entertainment Weekly

"Hart to Hart" was the classic hit television series that followed a fabulously wealthy CEO, played by Robert Wagner, and a freelance journalist, played by Stefanie Powers, as they fell in love and traveled the globe as amateur detectives.

If that plot sounds wild, so was the reunion that brought Wagner, 83, and Powers, 70, back together again after 17 years. The reunion, coordinated for Entertainment Weekly magazine’s annual reunions issue, was hosted by “Hart to Hart” “superfans” Adam Scott and Amy Poehler, who play husband and wife themselves on the TV sitcom “Parks and Recreation.”

Poehler’s asked “the Harts” what it was like to play husband and wife on the small screen.

“They were constantly asking us to have affairs with other people, have a child,” Powers, aka Jennifer Hart, said, referring to the show’s creative team. “We couldn’t have a child. It would slow us down.”

“They constantly wanted to have conflict between us,” agreed Wagner, aka Jonathan Hart, but said their characters “never got into any domestic squabbles.”

Powers pointed out that their characters were “two people who were adults who were in love with each other who had chosen to be together and were there because of free will.”

The pair’s chemistry was so strong that the producers and crew tried to keep them apart in order to keep the show, which ran from 1979-84, moving along on schedule.

“We would get tired and laugh [and] one take would become 30,” Powers said.

“We had so much joy that the main office came down and said they didn’t want us to be together because we would laugh,” Wagner recalled. “They got really upset. They were like, ‘Why did they do that? Why did they laugh?’”

Powers first met Wagner when she was a dancer during preproduction for the 1961 movie musical “West Side Story.” (Powers was later cut from the cast.)

“We were rehearsing every day … and then, one day, in walked the two most beautiful people in the world, real movie stars Robert Wagner and Natalie Wood,” Powers said, referring to Wagner’s late wife, the actress Wood, who died after falling off a yacht that Wagner was also on in 1981.

In a strange coincidence, Powers at one time studied ballet with both Wood and Wagner’s current wife, Jill St. John.

“Who in the world would ever predict that in one ballet class there would be three people who would be, in one way or another, married to Robert Wagner?” Powers said.

And while Powers’ onscreen persona carried with her an aura of glamour and wealth and was famous for her voluminous hair, she revealed to Poehler a behind-the-scenes secret that the current sitcom star could not believe.

“You set your own hair,” Poehler asked Powers, incredulously.

“I never had one,” Powers replied, referring to a hairdresser.
Posted by Meredy at 3:19 PM No comments: